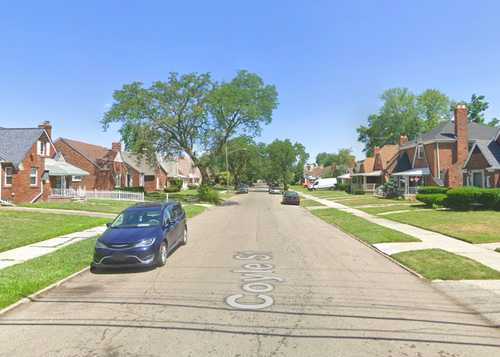 The 11600 block of Coyle Street where the shooting occurred.

A man authorities say shot up a birthday party Saturday, killing two and wounding six, has been charged with murder and a slew of other charges.

Winston Kirtley Jr. opened fire on the crowd gathered across from his west side home because he was mad about parking, police have said.

Most of the victims of the shooting on Coyle Street near Plymouth Road were in their 30s and one was 19. A 39-year-old woman and 38-year-old man died.

On Monday, Detroit Police Chief James White said the shooter had a military background and 11 guns “strategically placed around his home in case he was engaged.” Police found him inside in the dark after they were told he’d shot at the party from the first and second floors. He turned himself over without incident.

It was unclear whether the two people who died following the shooting succumbed to bullet wounds; White said they were involved in a car crash as they transported themselves to the hospital.

Kirtley is scheduled to be arraigned Wednesday.