'The truth about our relationship:' Detroit officer Loren Courts' partner talks about 'a soulful bond' 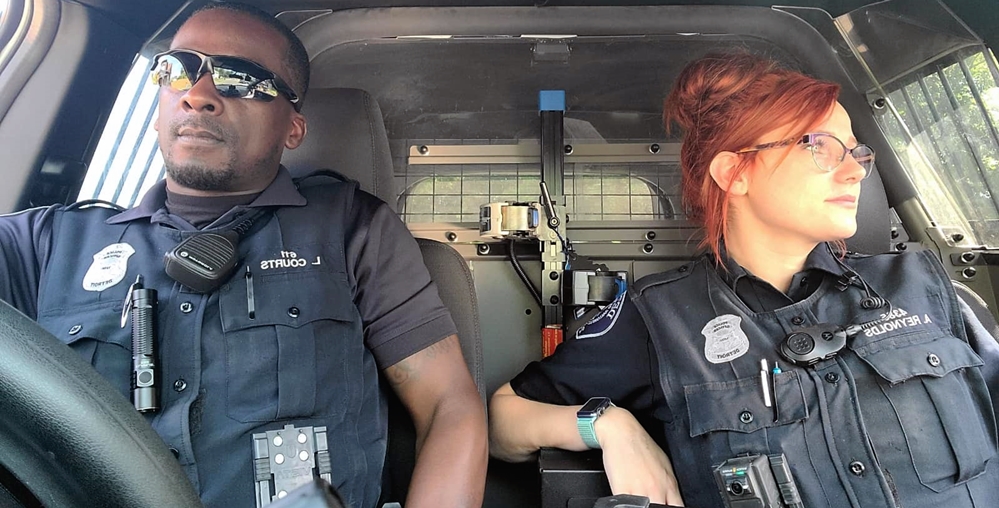 Loren Courts and Amanda Hudgens were friends since starting as rookies in 2017. Six more photos are below. (Photo: Facebook)

Amanda Hudgens powers through raw grief to confront nasty online banter about whether her patrol car partnership with Loren Courts was also a romantic one.

"I'm a police officer in 2022, I'm used to the hate," she posts on social media five days after Courts, 40, was fatally wounded as they arrived at a "shots fired" scene on Detroit's west side. She shielded him and tried to compress the neck wound while still at risk herself. 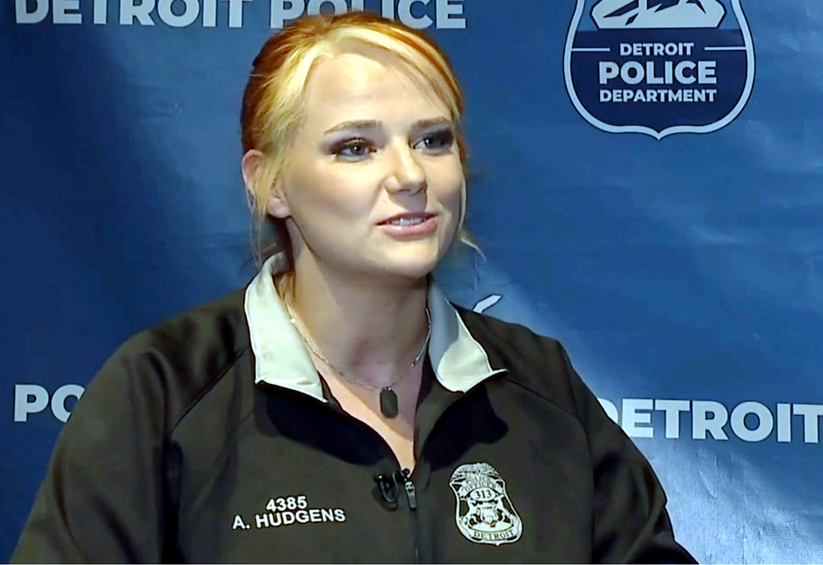 "It's a soulful bond that no one can explain."
(Photo: WXYZ video screenshot)

"I feel bad for people who can't have a relationship with someone unless it's sexual, but we didn't have that," Hudgens says in response to strangers' speculation. "I was hesitant to come forward but I needed to let the world know what kinda guy Loren was."

The officers were friends for five years since graduating together from the Detroit Police Training Center.

Courts changed careers after 13 years as a Costco cashier and merchandise stocker in Livingstston County. He and his wife, Kristine, were raising two children when he joined the force in 2017 -- a son who was 8 at the time and a 2-year-old daughter.

His Second Precinct patrol partner, who is younger and was Amanda Reynolds back then, next week celebrates her second wedding anniversary with James Hudgens, grandson of a police officer.

The colleagues' tight bond, visible on her Facebook page, strengthened as they confronted danger together. "We've answered thousands of shots fired runs," she tells Simon Shaykhet of WXYZ, recalling their fateful call July 6.

Another public sign of their affinity: Around 4 a.m. July 7, just eight hours after the curbside ambush, Hudgens posted a photo of the smiling partners and this tribute: "Forever my brother and best friend. Forever my children's uncle. Lo Lo, forever a part of me. I love you."

♦ Public Can Attend Visitation This Weekend for Slain Detroit Officer 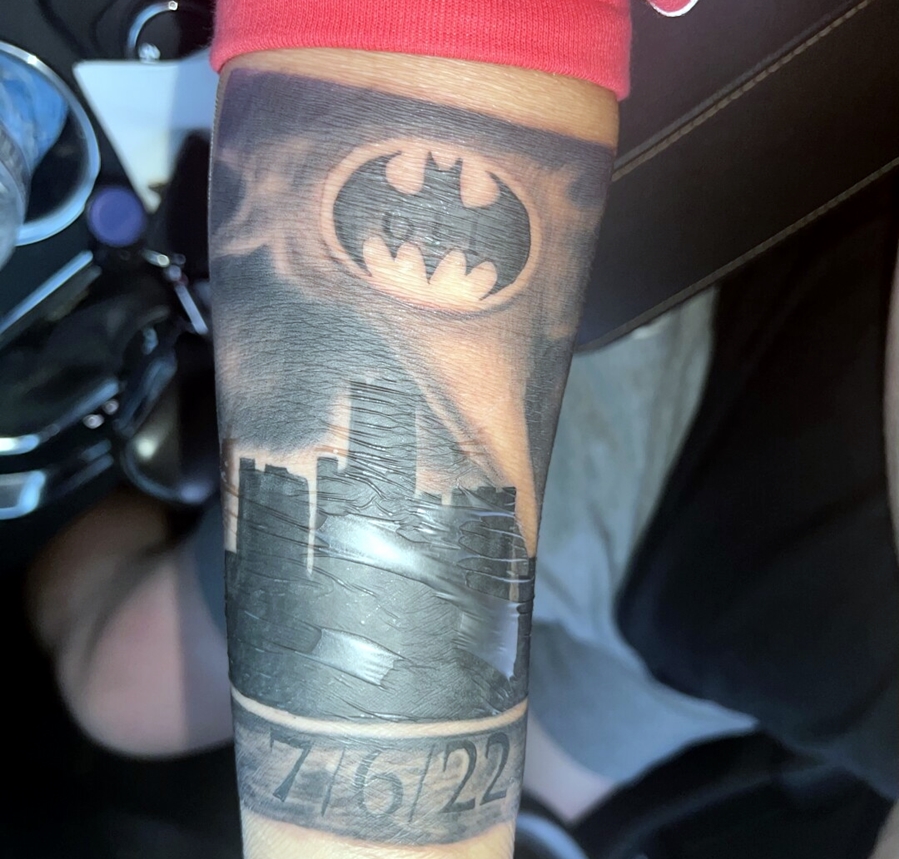 More evidence of a tight bond: The shooting survivor just added a partial sleeve tattoo (right) with her slain partner's Badge 611 number, an allusion to his Batman nickname and his "end of watch" date.

In Monday's frank reaction to trash talk, Hudgens reflects on the kind of comradeship that unites first responders and military service members:

"You sit next to someone day in and day out for hours, you see what we see, you trust this person with your life. It's a soulful bond that no one can explain.

"I'm glad his wife and family, along with mine, know the truth about our relationship we had and I am forever greatful to have been blessed with him in my life." 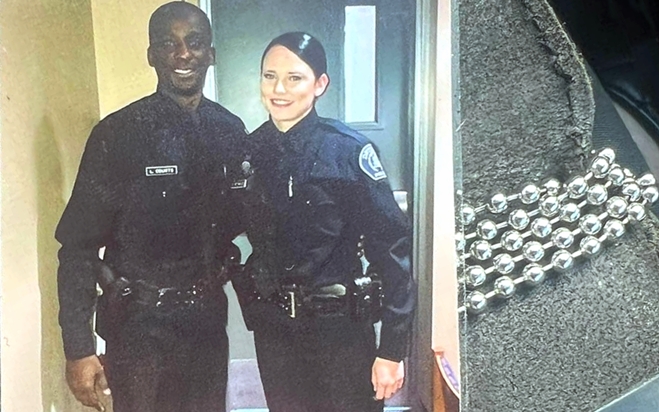 The rookies in 2017. "I keep this graduation picture behind my badge," Hudgens posts. 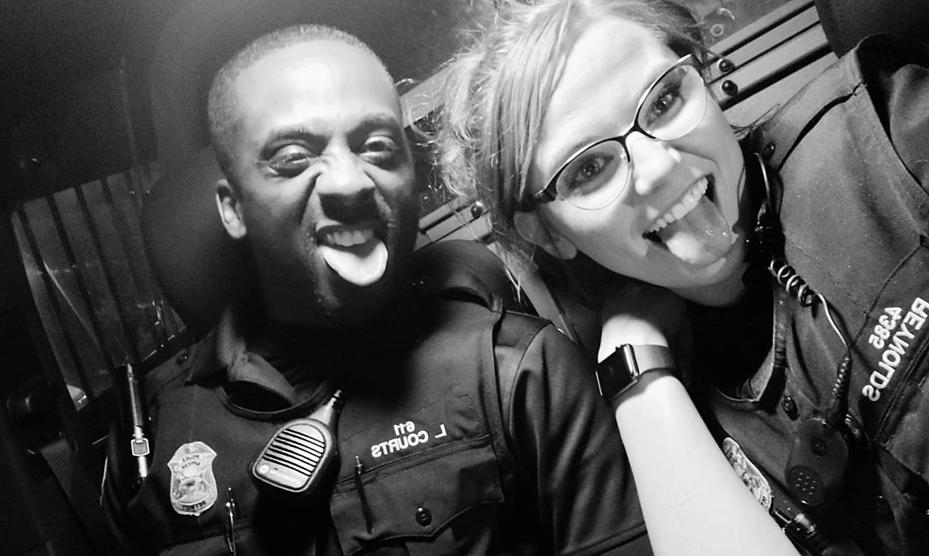 The partners strike a mirthful front-seat pose for tension release. 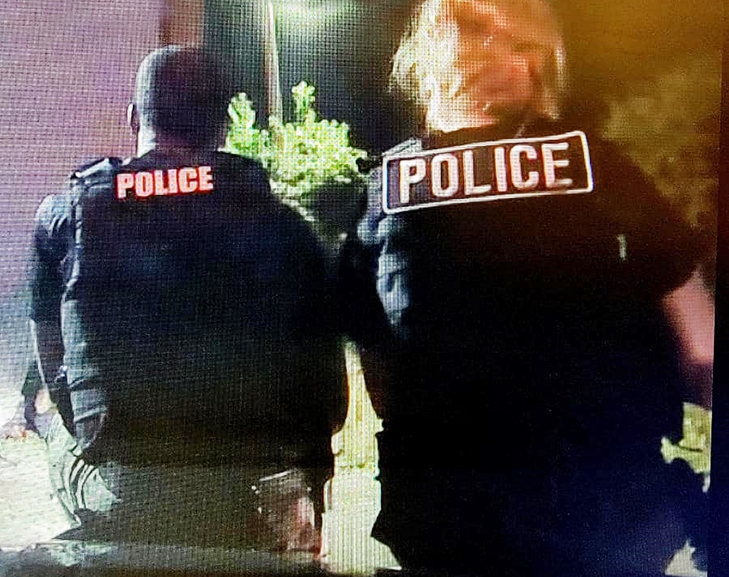 Dashcam selfie from a night on the street. 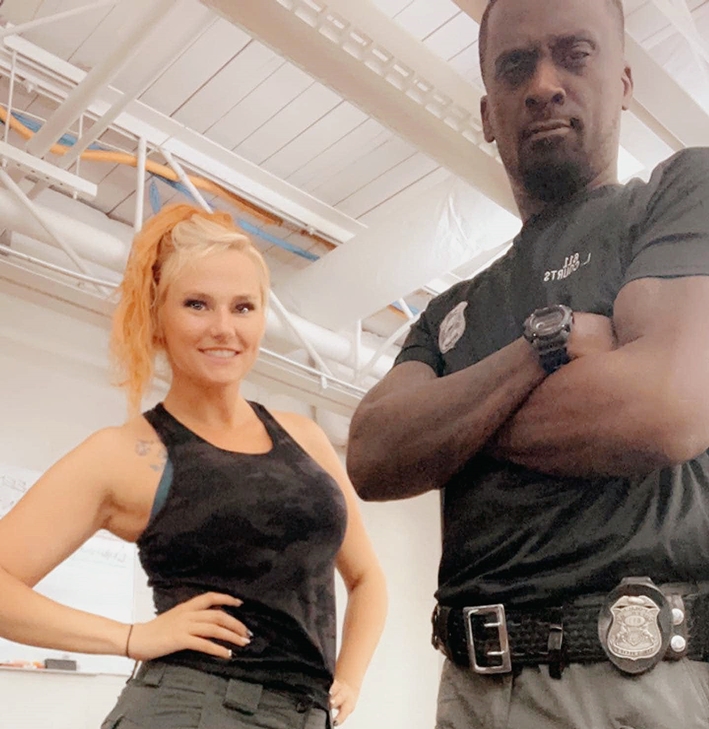 A workout-break pose by the Second Precinct patrol partners.