Derringer: As the GOP field is trimmed, one last toast to Perry Johnson, ‘quality guru’

There’s a case to be made – a good one – that one reason for the fix we’re in is the transformation of politics from policy-making to entertainment. People who, in decades past, would have been happy to spend their evening hours watching sitcoms and cop shows before stumbling off to bed now stoke their rage with CNN and Fox, and toss and turn all night with fury over what some school board in a distant state did a few days before.

All of us are guilty. If we aren’t in the La-Z-Boy watching cable news, we scroll Twitter in line at Starbucks, smashing Like or Share buttons. I’m still haunted by the time an otherwise sensible woman asked me whether Hillary Clinton was really running a child sex-trafficking ring. When I asked where she got that idea, she replied, “From my kids. They heard it on TikTok.”

That said, I cannot tell a lie: I’m going to miss Perry Johnson. Michigan’s Court of Appeals cruelly smashed his public-service dreams earlier this week, and barring a miracle, he won’t appear on the Republican gubernatorial primary ballot. In a group of wannabe chief executives who make a sensible person despair for the future of our state, Johnson was at least entertaining.

The filthy-rich fameball elbowed his way into Michigan’s GOP field late, clearing a path and assembling a team the modern way – with a willingness to spend millions of his own cash for the key to the governor’s mansion.

The state never caught Perry Fever, but he seemed to know what it took to be noticed – a Super Bowl ad that did him no favors (although it was hilarious) and a look that was hard to tear your eyes away from. Early on, when his campaign was still a rumor, I aggregated a story about him one morning for Deadline Detroit. I couldn’t find a suitable mugshot of him, and finally grabbed a candid photo from his company’s website. It showed Johnson, grinning ghoulishly, his arms held in a signature W pose, as if saying, “Look on my works, ye mighty, and wonder what it is, exactly, that I do for a living.” 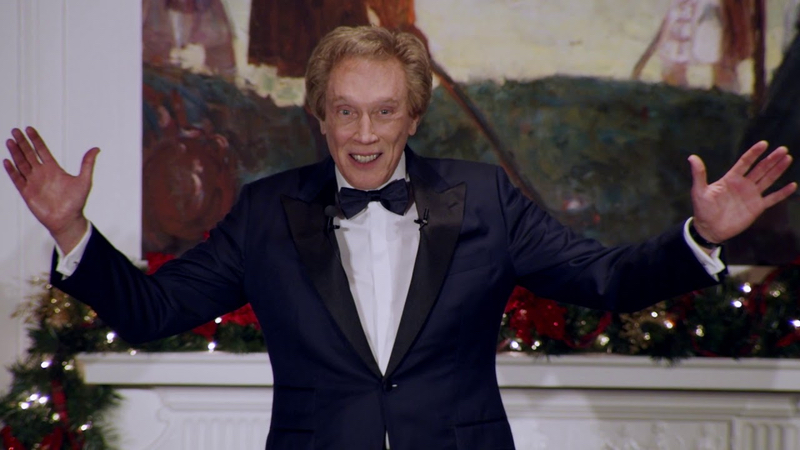 That piece got insane traffic for what it was, just a dumb will-he-or-won’t-he political story. I remarked about it on a Deadline staff call, and a colleague said, “Come on, it was that picture. What a weirdo.”

Johnson is a weirdo, although he’s a weirdo that Donald Trump trained us to recognize: A man past 70 whose hair is still suspiciously thick and oddly colored, face caked with makeup, the finest cosmetic dentistry money can buy and a physiognomy suggesting a plastic surgeon on retainer. We all have our vanity. Men facing TV cameras have been well-advised to use a little pancake since Richard Nixon sweated away whatever charisma he had under the studio lights in 1960. But you still should look relatable. Johnson looks like someone you’d cross the street to avoid.

He was probably doomed when Detroit News columnist Nolan Finley, a man inclined to find the bright side of any Republican, said Johnson reminded him of comedian Martin Short.

The more you know...

Johnson’s failure to catch fire, let alone gather 15,000 valid petition signatures, wasn’t about how he looked, though. The more of his background that emerged, the worse it got. His message – “Elect me, the quality guru” – fell flat on the ears of pretty much any voter who’s ever worked a job where a consultant was brought in to fix things. (Old joke: A consultant is a person who knows 159 ways to make love but can’t find a partner.) His Super Bowl ad, in which he takes credit for saving the American auto industry, was an eyebrow-raiser, and a few weeks later, he told Bridge Michigan that ad – his own ad! – was “a bit much.”

That same story put the nail in the coffin for this voter when it revealed Johnson was once the king of “junk faxes,” the pestilence that turned the 20th century miracle device into something you put by the curb, maybe giving it one last kick as you did. (It would probably whir to life and churn out a takeout menu for a Chinese restaurant in Minneapolis, then ask for more paper.) 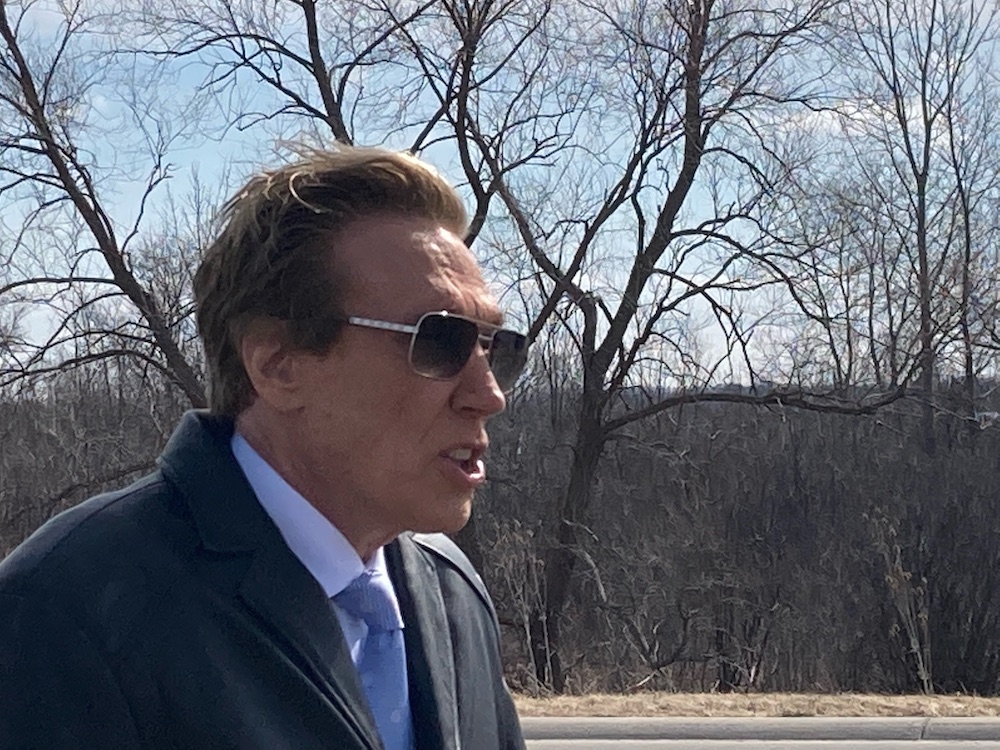 Johnson at a March Trump rally (Photo by Joe Lapointe)

Losing Johnson means we’ve been spared yet another campaign in which a person who’s never held elective office touts their business experience as a qualification. (Although Tudor Dixon and Kevin Rinke are warming up in the bullpen.) The last guy who did that reduced the children of Flint to numbers on a balance sheet.

But it might have been fun to watch Johnson get scuffed up a little, to face the sort of voters he never met in a corporate conference room, to walk through a county fair in a curated version of casual wear, to tuck into plates of mysterious ethnic food, and especially, to suck up to Trump in hopes of getting a game-recognize-game endorsement.

I’ll think of him during any debates that might happen, which will likely be The Battle of the Attractive Middle-Aged Women in Jewel-Tone Sheath Dresses. If the one with the R next to her name prevails in November, maybe he can get an appointment to the Indiana-Michigan Boundary Line Commission (it exists, yes). The Hoosiers won’t know what to make of him. Advantage, Michigan.

► Support our commentary reporting by becoming a Deadline Detroit member for as little as $3 per month.