Lapointe: Báez sparks a memorable Detroit Tigers’ opener; if only owner Ilitch would open up more 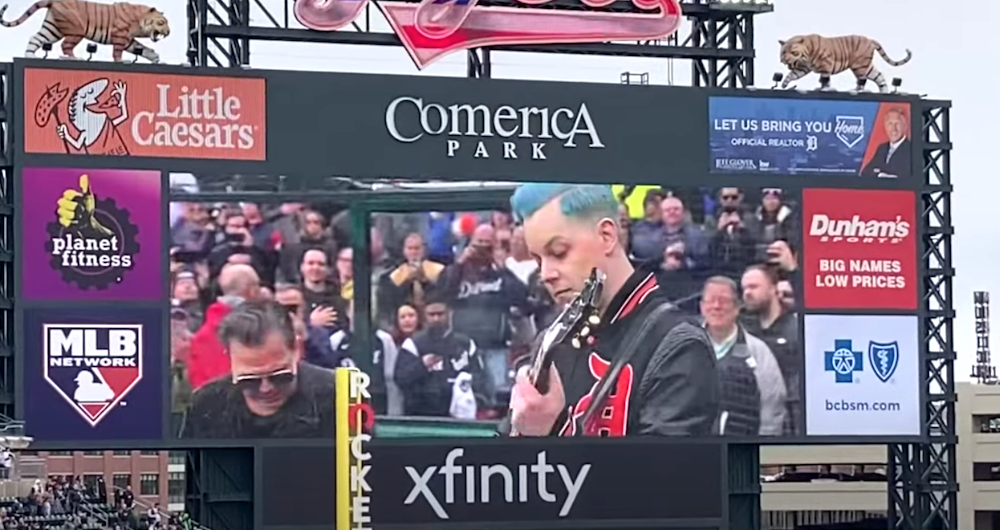 Early in the afternoon, the blue-haired musician – Detroit’s Jack White – performed a sweet instrumental version of “The Star-Spangled Banner.”

Roughly three hours later, the blue-haired relief pitcher – Detroit’s Gregory Soto – got credit for the victory when the Tigers gave the Chicago White Sox the Opening Day blues with a 5-4 triumph before a joyous throng at Comerica Park Friday.

But those efforts were outdone by a newcomer who might turbocharge the Tigers’ rebuilding. For this was the memorable Motor City debut of shortstop Javier Baez, the free-agent acquisition who sparkled with both glove and bat.

In the second inning, Baez backhanded a one-hopper to his right on the left field grass. After dropping to one knee, he spun clockwise and threw out the runner. The buzz in the audience was audible.

Roughly three hours later, Baez drove a deep fly ball that bounced off both the glove of a Chicago outfielder and the right-field wall, right between the “E’ and the “I” of the “Meijer” sign. His game-winning single was awarded only after video review. Then, the fans cheered and chanted his name. 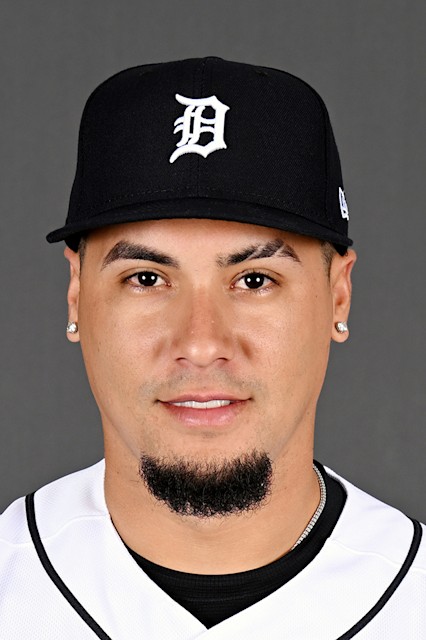 Interviewed immediately on the field for the local telecast, Baez spoke in an amplified voice to TV viewers and fans at the ballyard.

“It’s not going to be easy this year, but it’s going to be fun,” he said, his voice steadily rising as he turned to the seats.

“We need your support!” he shouted. “Let’s go Tigers!”

That chant could be heard from morning until night from crowded bars and tailgate picnics throughout downtown. The official attendance was announced as 43,480, including standees. Curiously, no more than two-thirds of seats were filled at any one time during the game, even when the sun briefly appeared.

Perhaps fans were discouraged by the cool temperatures, sharp breeze and occasional sprinkles. Or maybe they were too busy cruising the concourses, beers in hand, as happens on Opening Day, which in Detroit is a little like a cocktail of Mardi Gras, St. Patrick’s Day and New Year’s Eve.

That helps explain the presence of city cops, state cops, mounted cops, bicycle cops and even a federal crew from Homeland Security. Heck, even the May graduating class of Detroit police cadets arrived as a group.

Or maybe the empty seats were a result of ticket-holders unable to find parking.

Many free spaces along curbs had paper “No Parking" signs. This forced customers to shop for pay lots, which charged as much as $60 per vehicle. Many lots are owned and operated by the Ilitch family, which owns the baseball team and lots more.

Curiously, a large parking area just west of the ball park was vacant. This was on Adams, between Clifford and Cass, a lot recently cited in a Free Press story for heavy-handed parking enforcement. A customer who paid $20 for a spot there recently discovered a $50 parking ticket on his windshield courtesy of “Olympia Development.” 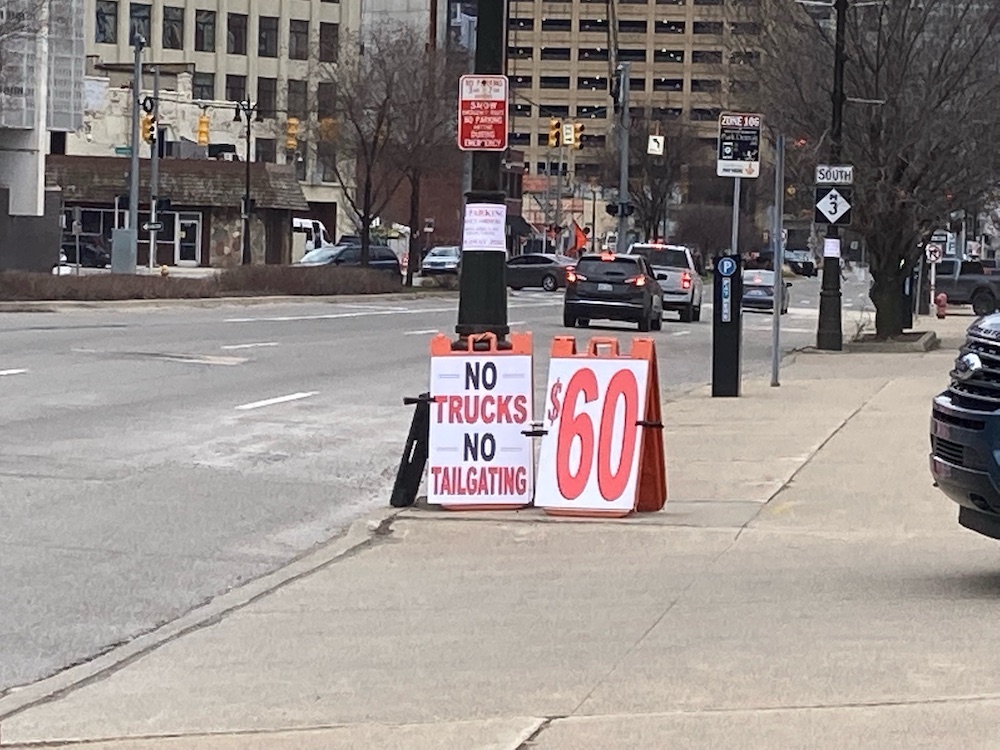 That is one of many companies controlled by Chris Ilitch, whose family also owns the Red Wings, who once played at Olympia Stadium. Literally, the Ilitches have cornered the market for much of the entertainment, sports and restaurant business in what they call “The District.”

Once the parking "ticket" was exposed – other vehicles were ticketed, too -- the Olympia people forgave the motorists. That was big of them. On Friday, that lot and one abutting it to the north were both empty and chained as frustrated motorists drove slowly by, looking longingly.

A security guard watching both lots from a car marked City Shield Security Services said, when asked, that “nobody" owns the property. So at least 100 spaces stayed empty.

A call to one an Olympia phone numbers Friday produced only a brief reply from the man who answered. “It’s not licensed for parking,” he said of the empty space, which has no signage displayed and only a lonely, locked red shed.

The Ilitches, after all, are anchored in the food business and know how to squeeze a captive audience. No, you cannot bring food. 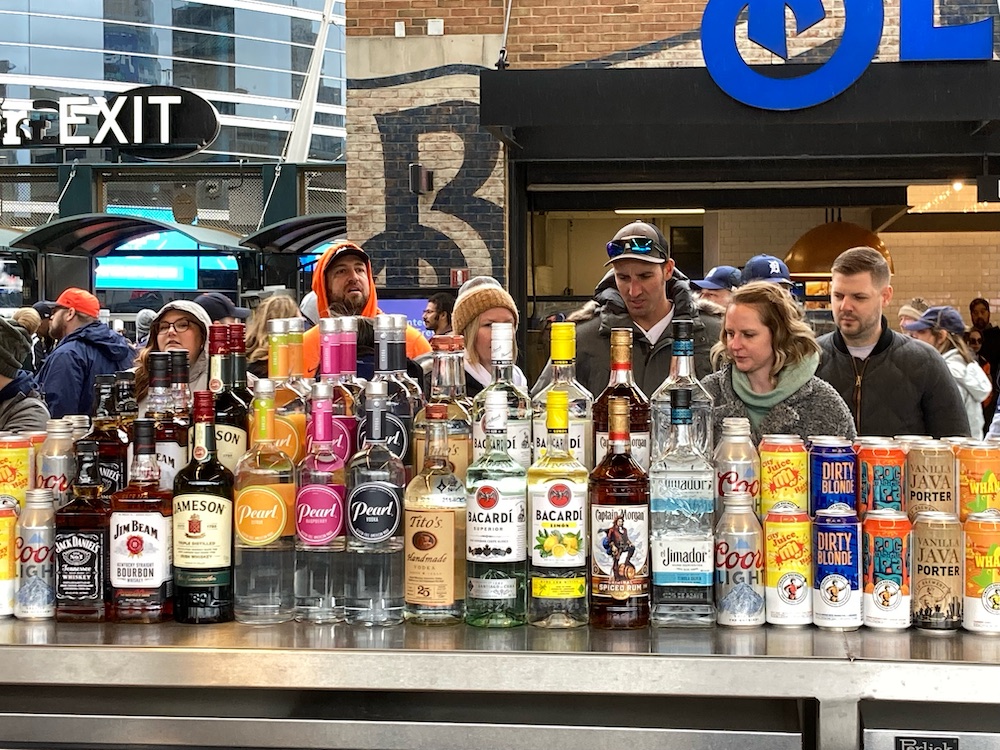 However, there is much to drink. A can of imported beer goes for $11.50. If you're interested in a cocktail from the bar in left field, there are lots of choices at "$10 to $15, depending on what you’re drinking,” said the woman tending bar.

Thank goodness owners like Ilitch saved the season for the bartenders. During the owners’ lockout in spring training, The Athletic reported, Ilitch was one of only four team owners to vote against a raise in the luxury tax threshold on player payroll. The union contends that the lower threshold would have negatively impacted players' wages.

In a group interview with reporters in spring training, he denied it – sort of – by saying only one formal vote was taken and the owners approved the new deal unanimously.

However, in his disingenuous way, Ilitch ignored the report that his negative efforts came in a caucus meeting regarding just one major issue and not the entire package. Ilitch also implied that his name was smeared by a rival he did not name. His doubletalk can be viewed on the Free Press website.

“You guys have to sort through a competitive environment, what others put out there,” Ilitch instructed the journalists. “They put it out there to create noise for their own competitive gain. There’s only been one vote in this entire process and it was 30-0.”

Ilitch rarely speaks in public and refuses to account for his business dealings, which are private operations using some public money. In recent media interviews, he’s been asked many softball questions.

Ilitch should level with public

But since his Tigers play hardball on the field, perhaps someone should also ask Ilitch: 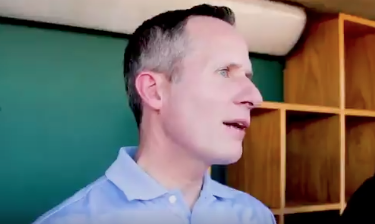 On TV Friday, Ilitch bragged about his great rebuilding efforts with both teams, who appear to be much improved. He praised the patience of the Detroit fans, as well he should. In many major markets, fans and media would not tolerate the near-decade of mediocrity (at best) from the Tigers and the Wings.

It’s about time both teams got better. And what a win for the Tigers on Friday. Baez, Ilitch and the whole city can jump for joy. Happy days may be here again.

In the meantime -- as the Covid pandemic lessens, the bars reopen and local teams improve – much money will flow through Ilitch Village (oh, sorry, “The District”) in the coming months and, perhaps, years.

It would be civic-minded if the man with his hand in the till would level with the public.